All Parcels Dispatched from within the EU 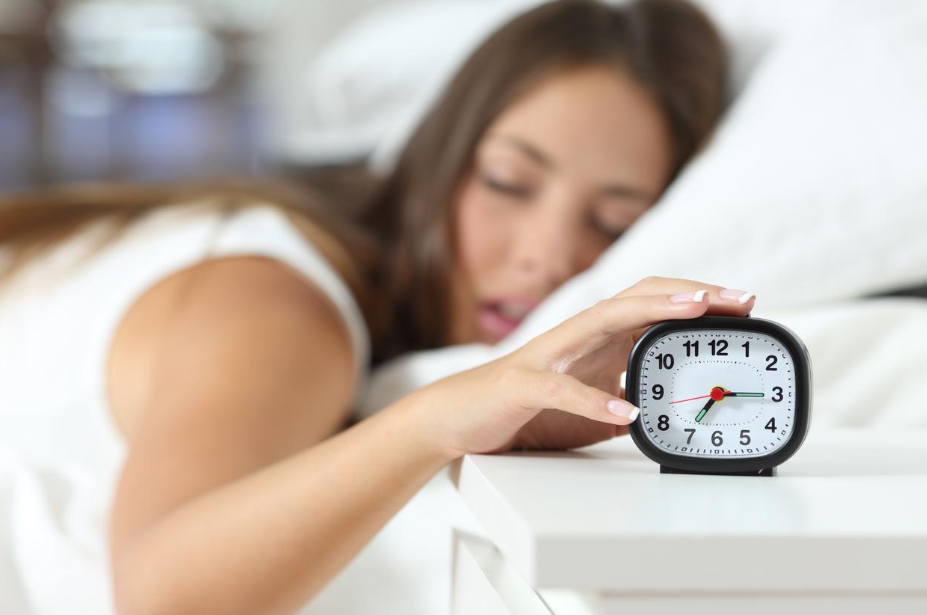 It's advice we've all heard before -- for a good reason.

The more quality shut eye you get, the more refreshed you'll be in the morning. In turn, that'll set you up to effectively tackle the challenges of your day.

On the opposite end, as Arianna Huffington told Business Insider, there's a direct correlation between sleep deprivation and an increase in stress and negative health effects.

That's why it's important to adopt some positive bedtime rituals to ensure you're making the most of your sleep.

People who've gotten mired in unhealthy sleep habits are basically sabotaging their future. In fact, Business Insider reported that a recent study found that a lack of sleep is linked with Alzheimer's.

Here are some disastrous sleep-related habits that you should avoid:

1. Forgetting to plan out the next day

By creating a game plan for the next day, you're ensuring that you'll have a smoother morning. Unsuccessful people waste the night away without thinking of tomorrow at all. This disorganization will likely carry into the next day.

It's fine to plan things out on the fly every once in a while. However, if you really want to make the most of your time, sticking to a routine is a good idea.

2. Not reflecting before going to bed

Unsuccessful people may not see the need to reflect, or they might simply feel that their lives are too hectic to squeeze a few minutes of silence in.

Of course, you probably don't have a ton of time during the day to sit down and contemplate you're life. That's why establishing a time for reflection, prayer, or meditation right before bed is a great idea. This practice will help you become a more mindful, grateful person.

Plus, it'll help you get a good night's rest. Rhett Power writes in Inc. that "time spent in silence before bed helps you relax so you sleep deep."

3. Bringing technology into the bedroom

Unsuccessful people wreak havoc on their own sleep cycles by refusing to put away their phones before bed.

The Huffington Post cofounder advises everyone to turn off their screens before bed. The bright blue lights mess with your head and make it harder to fall asleep, according to Erin Brodwin writing for Business Insider. This also means switching over to paper books for any late-night reading.

Unsuccessful people tend to dwell on the past and fray about the future.

"Dwelling on the past can also be a way of not coming to grips with present-day realities," psychologist Leon F. Seltzer writes in Psychology Today.

It's easy to fall into the trap of replaying negative situations from the day that you wish you had handled differently. Unsuccessful people dwell on the negativity, thus creating more stress and unhappiness.

As for worrying about the future -- it's totally fine to get nervous about a major upcoming event every once in a while. However, if you're spending every night laying in bed dreading the future, that's a bad sign. Your negativity is most likely hurting your overall mindset, not to mention your ability to get any shut eye.

This one should go without saying, but get into a good hygiene routine before bed. Brush (and floss -- we don't care what the government says) your teeth. Shower regularly. Don't neglect yourself.

Unsuccessful people struggle to maintain any consistent nighttime rituals, even basic ones like brushing their teeth regularly. You're definitely not setting yourself up for success if you're not taking care of yourself.

"When stress rises and becomes cumulative during the day, it's much harder to fall asleep at night because it's harder to slow down and quiet our brains. So, the key here is to recognize that and to create a ritual for going to sleep," Arianna Huffington told Business Insider. Following a bedtime rituals signals that it's time for rest.

Huffington said she likes to have a hot bath every night as a "kind of washing away the day."

"It's kind of obvious, but it bears repeating: caffeine just before bed is never a good idea," Huffington told Business Insider.

When researching her book, "The Sleep Revolution," she consulted numerous doctors, who recommended not consuming caffeine after 2 p.m. "You know, I love my coffee, but now I have it in the morning," she said.

When researching her sleep manifesto, Huffington also consulted a number of sleep specialists for tips. She said one of her favorites is avoiding alcohol right before bedtime.

"We think having a nightcap, having a drink, is going to relax us and be like a sedative. And it does act like a sedative at the beginning -- but then shortly after we fall asleep, it changes allegiances," she said.

The National Institute of Health would agree: it finds that alcohol robs you of quality sleep by keeping you in the lighter stages of sleep from which you can be awakened easily, and by preventing you from falling into deeper, more restorative stages of sleep.

Snacking within three hours of bedtime will also ruin your shut eye and make you fatter, according to Tech Insider.

"If we have a big meal and then go straight to bed, our sleep is not going to be as restorative because our digestive system is occupied digesting, instead of being able to slow down and recharge for the next day," Huffington said.

She points to sugar as one of the worst late-night snacks and suggests, instead, something soothing like herbal tea.

9. Letting in the light

Huffington said another "absolute no-no" is letting any kind of light in the room.

Whether it's the light streaming through your blinds from the streetlamp next to your window, or the blinking lights from the TV, phone, or even the smoke detector, Huffington said all of these lights are preventing you from getting much deeper, restorative sleep.

She said that she always covers these lights, even when traveling, either with black-out curtains, black tape, or a towel.

"I promise you, your sleep is going to be so much deeper, and so much more restorative, that it's totally worth it," she said. 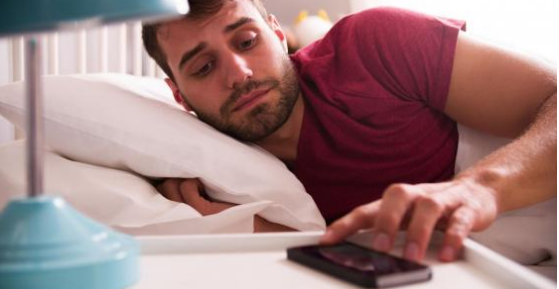 Unsuccessful people are all over the place when it comes to sleep. Having a wildly varying sleep schedule throws off your whole Circadian rhythm and can really take a toll on your professional and personal life -- you really don't want to be that employee that's always running late and sleeping in.

An irregular sleep schedule can result in the "redistribution of sleep stages, for instance, prolonged and deeper periods of slow-wave NREM sleep," according to Harvard University's Healthy Sleep blog.

This change in the duration of non-rapid-eye-movement sleep -- which tends to be lighter than REM stage sleep -- can leave people feeling constantly tired.

11. Not getting enough sleep

Unsuccessful people might reason that they don't have enough time to get enough shut eye. They've got their priorities completely wrong.

Getting enough sleep is imperative to your health. Numerous studies have linked poor sleeping habits with all sorts of health problems. For example, Reuters previously reported that men who don't get enough sleep are more at risk for diabetes.

Never forget that a good night's rest is crucial for your long-term health.

12. Cranking up the heat

If you want to be as snug as a bug in a rug, you might be inclined to crank up the heat in your bedroom as much as possible. However, even if you're chilled easily, this is actually a bad move.

As Markham Heid reported for Time, "... a drop in your core temperature triggers your body's 'let's hit the sack' systems, shows research from the Center for Chronobiology in Switzerland (and a lot of other places.) Some new research from the National Institutes of Health also suggests that sleeping in a cool room could have some calorie-burning health benefits."

So if you're looking to fall asleep and keep off the pounds, don't crank up the thermostat.

13. Pulling all-nighters and sleeping over the weekends

This one's pretty straight forward -- staying up all night is usually a bad idea.

However, sometimes life gets crazy. You might be tempted to stay up late during the week and "make up" sleep over the weekend.

But Jane Porter reported in Entrepreneur that this strategy could really backfire, according to University of North Texas psychology professor Daniel Taylor: "When you go to bed and wake up at drastically different hours, you disturb your circadian rhythm -- the 24-hour cycle linked to brain activity, hormone production and cell regeneration."

14. Hitting snooze in the morning

You'd think that catching a few more minutes of sleep in the morning would leave you less tired during the day -- but you'd be wrong.

Business Insider previously reported that hitting snooze could leave you feeling more groggy than if you just got up on time.